Pakistan remains one of the most male-dominated societies in the world, and women still tend to be portrayed or stigmatised as subordinates. In the patriarchal culture of Pakistan, women are often limited to doing domestic work and forced to hide the talents and skills they possess.

Recently, however, more and more women have been breaking stigma and stereotypes by doing and achieving things traditionally seen as being ‘only for men’.

Here are 7 Pakistani women breaking stereotypes like they should be broken!

Namira Salim is the first Pakistani woman to reach the North and South Poles and, as a Founder Astronaut for Virgin Galactic, she’s the first future Space Tourist from South Asia to travel into space. Salim started her own initiative, SpaceTrust, which promotes Space as the New Frontier for Peace via novel peace theme initiatives to inspire change, encourage dialogue and enrich education.

Samina Baig is the first Pakistani woman to climb Mount Everest and the Seven Summits. She was awarded the Pride of Performance by the government of Pakistan, and runs initiatives that encourage women to take part in outdoor activities. Last year, Baig was appointed as the National Goodwill Ambassador for Pakistan by the United Nations Development Programme (UNDP).

“Instead of looking up to role models, become one yourself” – Ayesha Farooq. Farooq is the first female to become a fighter pilot in the Pakistani Air Force. She’s also made history as the first woman to be assigned to one of Pakistan’s front-line dogfighting squadrons.

Sana Mir is the former Captain of the Pakistan national women’s cricket team. She was first female Pakistani cricketer to rank number one in the International Cricket Council bowler rankings, and led Pakistan to two gold medals in Asian Games in 2010 and 2014. Mir has been vocal in recent years when speaking out against body-shaming in sports advertising.

Zenith Irfan is the first female motorcyclist to ride across Pakistan and an all-round bad-ass. After her father’s early death, Irfan decided to fulfil his dream to tour the world on a motorbike. The journey was a huge step in a country where it can be taboo for women to venture out alone, nevermind on a motorbike, and CNN have called her “Pakistan’s boundary-breaking motorcycle girl”.

Justice Tahira Safdar is the first woman chief justice of any court in the history of Pakistan, currently serving as the Chief Justice of Balochistan High Court (Balochistan is Pakistan’s largest province). In a patriarchal society like Pakistan, where the subject of law and the profession of judiciary are preserved for men, Tahira Safdar has set one of the finest and most inspiring examples for women in Pakistan.

Did you just say that car repairing can only be done by men? Well, Uzma Nawaz, the first female car mechanic in Pakistan, is here to prove you wrong.

These are just some of the women in Pakistan who have broken through in a society that’s still very much dominated by men. I find each of these women incredibly inspiring, and hope that they can be a source of inspiration for other women out there too. What are you waiting for?! 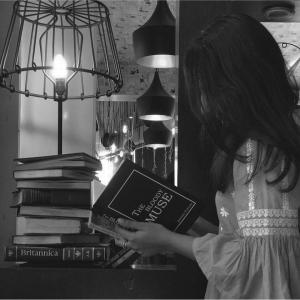 I believe that stories help us to escape this dim world for a few moments and that is why I write. Story writing is my passion and I've been writing stories and poems for quite some time! I tend to write stories in the form of poetry which is mainly about women empowerment and feminism. I believe poetry has the power to give an insight into the inner workings of the mind.
View bio and all posts