Netflix’s Period: End of Sentence, an uplifting film about menstruation in India, won an Oscar for Best Documentary Short! This prestigious award was won even after an anonymous Oscar judge said men would not vote for the film because “it’s just icky for men.”

I wasn’t surprised that “Free Solo” won an Oscar on Sunday. (I saw it a few weekends ago, loved it, and had sweaty palms the whole time.) But I was even more excited about the award that went to Rayka Zehtabchi’s important documentary “Period. End of Sentence.” I couldn't put it any better than Melissa Berton, one of the film's producers: “A period should end a sentence—not a girl’s education.”

2019 has been a BIG year for menstrual equality in England. After the inspiring Amika George launched the #FreePeriods campaign, things really took off. The government listened and took action. First schools offered free menstrual products, and a few months later the NHS followed.

This is the year of the period books. From the Children’s book The Moon Within to books such as the Managed Body and Period Power, the beauty of periods and the strength of menstruators’ activism is showcased in beautiful hardback. Oh – and let’s not forget Germany’s ingenious effort to curtail the tampon tax… the tampon book!

4. Standing up for better products in Kenya

March brought the fantastic #MyAlwaysExperience campaign to Kenya. Women called for a boycott of Always sanitary towels, accusing the manufacturer, Proctor & Gamble, of supplying the African market with substandard products. Their experiences ranged from rashes, itchiness, bad smell and discomfort. The campaign showed the power of voices to stand up to the injustice of low-quality menstrual products!

In May, periods literally covered the May issue of Scientific American, which for the first time focused a whole issue specifically on women’s reproductive health! What is the real purpose of a period? What are the consequences of gaps in medical understandings of menstruation? All was answered in this special edition.

When the discussion of women’s reproductive health is dominated by the political will to control it, gaps in medical research get overshadowed. Our May issue explores what we don’t know, why we don’t know it, and where we go from here: https://t.co/uK1KLGad2H pic.twitter.com/jxxgqmTi1y

In April, the value-added tax on period products went from 15% to 0% in South Africa, all through the bloody hard work of the #BecauseWeBleed & #TamponTaxMustFall campaigns.

Organising a march takes a lot of time and effort and today I led my first. Thank you to everyone who supports #BecauseWeBleed and stood with us today. Thank you to those who were in spirit and continue to provide donations of pads. We will continue to fight till out cry is heard pic.twitter.com/gqch7Rs55I

2019 saw the newest emoji make crimson waves across social media thanks to Plan International UK and a number of other fantastic activists. The red blood droplet is symbolic of menstruation and also of the fact that periods are not shameful!

We are thrilled to announce that we are actually getting a #PeriodEmoji!

This year saw more states in the US eliminate the ‘tampon tax’ – including Louisiana and Utah. That now makes a total of nine states which have given menstrual products a medical supply tax exemption, aligning them with products like condoms, dandruff shampoo, gauze and chapstick.

9. ‘Nothing’s more cuterus than your uterus’!

A medical congress in Bengaluru shot period pads to the headlines by creating the longest line of sanitary pads EVER! This Guinness World Record included about 500 people who arranged more than 10,000 pads in a line stretching up to 1,078 metres long. It took almost 8 hours to complete!

This Menstrual Hygiene Day is set to be bigger and better than ever. Bringing together activists, program staff, people who menstruate and many more there’s a whole flow of social media movement today. Check out Girls’ Globe’s Menstrual Hygiene Day Facebook Live, where we challenged taboos and stigma by busting some myths around menstruation.

Follow #MenstruationMatters and #MHDay2019 and read more menstruation posts on girlsglobe.org to make sure you keep in the bloody loop! ? 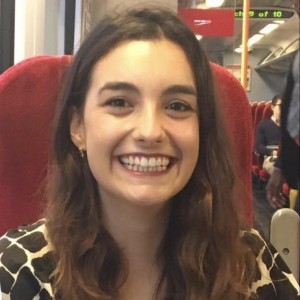 I'm a London based feminist activist, researcher, blogger and programme specialist focusing on sexual and reproductive health rights. My expertise lie in menstrual health, and I am the founder of "No Strings Attached" an NGO supporting women through period poverty.
View bio and all posts