In 2017, I wrote an article for Girls’ Globe called United We Shall Stand in South Africa. I wrote that “gender-based crimes need to become a priority in South Africa”. It’s now more than 2 years later, but has anything changed?

2019 has been a dramatic year in many different ways – both positive and negative. We’ve seen a sudden increase in awareness of gender-based violence, but simultaneously a shocking increase in the killing of women. While the government has remained frustratingly silent, the public have taken matters into their own hands with thought-provoking movements and protests.

2019 is the year South Africa said enough is enough.

Starting on a positive note, many South Africans have been getting involved in tackling gender-based violence in the country. Many more than ever before made their voices heard and stood up for women and girls. 2019 has been the year that many people started realising the severity of the issue (rather late than never, I guess?). As gender-based violence was exposed in different ways and in more privileged circles, South Africans became more aware of the urgency of the issue.

On 15 November, Uyinene Mrwetyana’s killer was served three life sentences for raping and murdering the young woman in a post office in Cape Town, South Africa. While it was a celebratory moment of justice, there are so many reasons why this tragedy should never have happened in the first place.

The honest truth is that the government and the official services still let us down.

Women are still getting murdered, babies are still getting raped. Femicide rates are only rising – a woman gets murdered every three hours in my country. Nearly 3,000 women were killed between April 2018 and March 2019. Predators are still lurking, police officers are still corrupt and the justice system is still failing the victims.

Uyinene’s killer was offered a job at a government post office when he had a prior conviction of armed-robbery and a rape case withdrawn against him. It is also alleged that he tried to lure potential victims in the same way he approached Uyinene.

It would be naive of me to write that my country is progressing on this issue.

The death of Uyinene caused an outcry of emotion from around the country. “Enough is enough” was belted out at protests and heard across cities. This was too close to home. We could all see ourselves in Uyinene’s story. After all these years, enough was actually enough. We cried, shouted and protested to make our voices heard.

Of course, Uyinene was not the only victim. But she became a symbol for the whole country’s fight against this monster lurking among us. Leighandre Jegels, a champion boxer, was shot by her former boyfriend against whom she had a restraining order. Meghan Cremer was killed by three men near her home – she was familiar with two of them. Jesse Hess, Janika Mello, Aviwe Wellem, Meisie Maisha – these are all names you should know. They too, have fallen victim to this brutal trend in our country.

Worst of all is the number of anonymous young girls who have been raped and murdered in the townships across the country. They will forever stay anonymous, as there is no media coverage of this side of such a large scale national and global issue.

Whether this actually happens, only time will tell. The biggest achievement of the year came from my fellow South Africans. I have never before seen such a light ignited or such unity in numbers. Despite everything else, this has made me feel proud of my country. If the officials are not going to tackle gender-based violence – we are.

To all my fellow South Africans, please do not give up. Please do not stay silent. Please believe, argue and fight the fight alongside all of us. As cliched as it sounds, we can pull together and overpower this injustice. Never give up and always speak up.

For me, personally, I am not sure when or if this will ever come to an end. Now, more than ever, our country needs to pull together and stand against the crimes committed against our sisters. It’s our whole country’s responsibility. Our government needs to react, South African men need to stand up for their fellow citizens, victims need to be believed rather than blamed.

We all need to put our foot down. Enough is enough. We need to reiterate it, but above all, we need to enforce it. 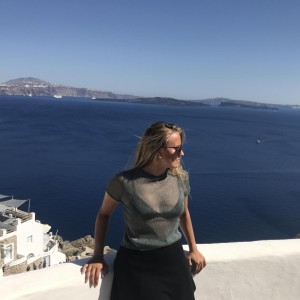 A Day Without Them: Women Strike in Mexico