South Africa, Now is not the Time to Lose Momentum

On 2 September, South Africa exploded. She cried out in outrage. The bombardment of kidnap, rape and murder headlines in the last months escalated with the rape and death of Uyinene Mrwetyana. The news left our country both angry and heartbroken.

Since then, the heaviness in the hearts of many women (and men) has been tangible. The horrendous rape and murder of this young woman sparked a nationwide movement of solidarity and commitment to ending gender-based violence.

Uyinene had been missing for a number of days. On 2 September, it was discovered that she had been brutally raped and murdered while collecting a package from the post office in the middle of the afternoon in broad daylight. The story was reported alongside headlines filled with women and children who had been taken, killed, and raped. It sent a surge of sadness and anger throughout our beloved country. This is not okay.

It is not okay that a visit to the post office ends in the loss of an innocent life.

It’s not ok that women live in constant fear when going through the ordinary tasks of daily life.

It is not okay that this has been happening for so long without enough coverage because it has become so normalised.

It’s not okay that we are rendered powerless and voiceless.

I am angry. I am tired. But most of all, I am hurting.

The rate of gender-based violence (which includes domestic violence) in South Africa is said to be one of the highest in the world. This alone should alert us to the necessity and urgency of action. Action by government, by men, by us; action by the people. I believe that policy change, stricter law enforcement, government reform and community intervention are all required. There is no question about this.

But in the same breath, I believe that it is ultimately up to us, the people of South Africa, to educate ourselves, change our behaviour and shift our mindsets. Then, and only then, will real lasting change be possible. Education, awareness and intervention need to be available and accessible for everyone. Privileged or not.

This is not a problem for any one class, gender or social group. This is a human problem.

Reform is needed. Change in behaviour backed up by actionable steps is needed. But for lasting change, minds and hearts need to be affected and moved. We should not lower ourselves to perpetuating the same shame cycle that is intended to bind us by staying silent. When we stand united and raise our voices, we are stronger.

Men need to be better. Men CAN be better. Overwhelmingly, men are the perpetrators of gender-based violence. It is time to put aside shaming and call men to join us in action. Justice needs to be served, and that means expecting more from the men of our country and holding them accountable.

This will not be a battle easily won, yet to bring peace and relief to the women of South Africa who are hurting and dying, we will have to come together. Now is not the time to be divided. It is the time to stand in unity. Publicly, privately, in our homes, in our friendship circles, in our relationships.

We are still blaming and shaming. Yes, we are angry. I am furious. But we must take action. I intend to. This is mourning and grief, but breakthrough comes from laying down oppressive and hateful mindsets. It will be uncomfortable; growth always is.

We must choose to look forward and to see that men can be a restorative power instead of a problem.

The pain brought upon women by gender-based violence has had a devastating effect on South Africa. There is no excuse for this behaviour. I am appealing to us, my bruised self included, to take our hurt, anger and frustration and put it into action. Let us not grow weary; let us not forget.

Our anger at these injustices is only as good as the action birthed from it. Hate and animosity cannot fix the problems and injustices that are at the root of gender-based violence. But unrelentless hope and belief, along with intentional action, can. 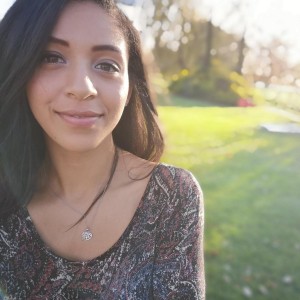 Just your average South African student attempting to adult and make the most out of this one great life I've been given by the King. I am a self-proclaimed zumba-loving chocoholic who loves to write, read, run and lose myself in nature. Currently committed to spreading kindness, fostering equality and hopefully writing about things that matter and empower.
View bio and all posts

There’s a Feminist Revolution on the Rise in Mexico

Turning the Tide on Sexual Violence