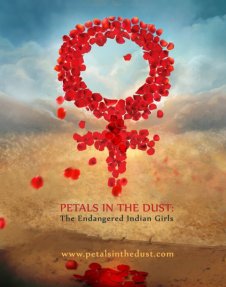 Nyna Pais Caputi, the producer and director of the film Petals in the Dust, is originally from India and currently lives in the Bay Area. She founded the Global Walk for India’s Missing Girls in 2010, which is an international awareness campaign on “gendercide” in India that has taken place in over 25 cities and five countries. Caputi’s film, Petals in the Dust, is a documentary that brings to light the tragic murders of millions of Indian girls and women due to a preference of sons among Indian society. The film explores the roots of misogyny, the experiences of women across socioeconomic and political lines, and the efforts bring an end to gender-based violence. The upcoming film’s trailer has been screened in numerous cities in India, Canada and USA, and is quickly drawing attention from people. Girls’ Globe catches up with the woman behind the camera.

Jasmine: You are an activist and founder of an international awareness campaign on young girls. How did you come up with the idea of Petals in the Dust? What does this mean?

Nyna: I had always wanted to do a film on social justice. I travelled to India and was looking to adopt a little girl. A supervisor in one of the orphanages told us about how they used to drown baby girls in the lake close the orphanage. I went home and did some research, and discovered that 50 million girls had been killed in India. I interviewed women in India who have faced discrimination across the socio-economic strata. I interviewed activists and found that sex-selection was happening even in the big cities, across geographic, socio-economic and religious barriers, and that women face violence from the womb to the tomb. I then chose to do a film on gender-based violence. I chose the name Petals in the Dust since it is creative and indicates the plight women face when they undergo such violence.

Jasmine: Tell us a little about your documentary. How does it address the issue?

Nyna: My documentary has three parts. The first part makes people aware of what the problem is, why it is happening and what the consequences are for India. It then moves to solutions. I have shown activists talking about what they see as solutions.  The documentary includes several NGOs in India. I also interviewed an orphanage that educates and feeds girls. I spoke to Varsha Deshpande, founder of Led Ladkiyaan, an organization that fights against sex-determination and does undercover research on sex-selective abortions.

Jasmine: What did you find after speaking with violated women in India? How did you have them open up to you and speak about their experiences?

Nyna: I spoke to a woman in India who had killed every single female child she had given birth to, until she conceived a boy. It was after talking to her for a while that she told me that she had been raped herself. She didn’t want her daughters to face the same pain and stress that she had faced when she was a child. She didn’t have to worry about her son.

Jasmine: Much of your focus is on the fixed mindset of people on female feticide, even among the elite in the country. How does abortion instigate this discrimination?

Nyna: From ultrasounds to sex-selective abortions, gendercide is a billion-dollar industry. Doctors are quite greedy. Abortion

after the first three months of pregnancy is illegal in India and can only be carried out if the mother suffers a health crisis. Doctors are known for aborting baby girls under the pretext that the mother would suffer a nervous breakdown if she had to give birth to a girl. The law is often circumvented and activists in India have told me that even the police and government officials believe that a woman should have a son. Very few law-breakers are imprisoned or persecuted for sex-selection.

Jasmine: I’ve heard of cases in the rural areas where daughters are often killed since they do not contribute financially to the family. Why do you think female feticide and infanticide occur in the urban areas and among the Indians who are above the poverty line?

Nyna: It’s more than just a lack of protection that causes people to discriminate against their daughters. It has now become a status symbol for people living in the cities to demand fancy cars as dowry when their sons get married. Women feel a sense of social incompleteness when they only have daughters as children. The more money people get, the more materialistic they become. Smaller families who don’t have many children, either for financial reasons or otherwise, want to limit their single child to a son. If a family has one daughter, they usually want their second child to be a son, and when they conceive, they have so much technology available to them to make that sex-selection possible. Educated men have told doctors how they don’t feel like a man if they don’t have a son. The mindset is passed on from generation to generation.

Jasmine: You say that sex-selection is often carried out by the educated people. If education isn’t an end to the practice, how can it be curtailed?

Nyna: Education doesn’t seem to hold any weight with the issue. Doctors, engineers and lawyers have been known to discriminate against their baby daughters.  What we need is gender-studies to be taught to people across the board. Schools should have a mandatory class on gender studies.

Jasmine: What are the responses you are getting? If there is something you want your viewers to take back from your documentary, what would it be?

Nyna: The trailer is in the process of reaching out to more people. I’ve had people talk about what has happened in their families. We have had walks in over five countries and have received correspondence from various NGOs and non-profits. Many of the protestors are girls as young as 15 years of age in Chennai. If I can motivate young girls to join my cause, my work is already done. I want the way women are looked at in India to change. That starts with discussions on gender equality. Often girls grow up with the belief that they aren’t equal to their male siblings First and foremost, girls need to understand that they are equal to boys. When these girls grow older they prefer having a boy to a girl. We all need to learn to respect women.

Learn more about Petals in the Dust by visiting http://www.petalsinthedust.com/ and https://www.facebook.com/pages/Petals-In-The-Dust/270181765444

All photos courtesy of Petals in the Dust. 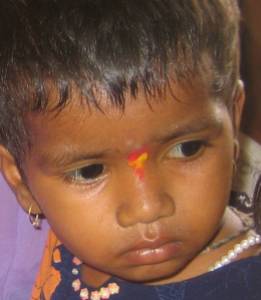 The girl child. Why is she unique?

In this year’s United Nations’ resolution on the Girl Child, the General Assembly, and thus, the international community has recognized, noted, and expressed their deep concern on issues of discrimination of the girl child.

Girls’ Globe would like to highlight the existence of complete discrimination against girls. In some parts of the world girls are unwanted, undesired and seen as unnecessary. The effect is large-scale abortion of female fetuses and a systematic murder of female infants.

“Noting with concern that in some parts of the world, men outnumber women as
a result, in part, of harmful attitudes and practices, such as female genital
mutilation, son preference, which results in female infanticide and prenatal sex
selection…”

Girls’ Globe would not only like us to note with concern, but would like all readers to take action. Take action to raise awareness, encourage grassroots movements and influence policy-makers to take a stand against this “gendercide”.

Awareness and encouragement can change social norms, leading to a change in society. A society were the girl child is wanted, desired and far more than necessary! These are just two examples of what is being done to change the situation for the girl child. We will keep you posted on this issue. Let’s give the girl child the attention she deserves.

And the international community continues:

“Urges all States to enact and enforce legislation to protect girls from all
forms of violence and exploitation, including female infanticide and prenatal sex
selection, female genital mutilation, rape, domestic violence, incest, sexual abuse,
sexual exploitation, child prostitution and child pornography, trafficking and forced
migration, forced labour, and forced marriage, as well as marriage under legal age, and to develop age-appropriate safe, confidential and disability-accessible
programmes and medical, social and psychological support services to assist girls
who are subjected to violence and discrimination…”

Let’s keep our leaders accountable and work together towards a globe free from all forms of discrimination of the girl child.

Do you have other movements you would like to share with us? Or do you have knowledge of other organizations working to raise awareness on discrimination of the girl child? Please post links in the comments field below.