For Gender Equality in Africa, Focus on Corruption

From 21-29 January 2018, the African Union (AU) held a series of events, consultative meetings and Head of States meetings to discuss the formidable issue of corruption in Africa.

The previous weekend, as a member of pan-African women’s organization FEMNET, I had the chance to attend the 31st Gender Is My Agenda (GIMAC) Pre-Summit Consultative meeting held in Addis Ababa, Ethiopia ahead of the much anticipated Head of States meeting.

The theme of the Consultative meeting was ‘Corruption and Governance: Impact and Way out for Women, Children and Youths’. It was held in line with the Head Of States 2018 Assembly theme – ‘Winning the Fight against Corruption: a Sustainable Path to Africa’s transformation’.

It is important to begin by saying that corruption is a governance issue and is defined as the misuse of entrusted power for private gain. However, corruption is not only limited to the government. The private sector has also been known to engage under influence in state policies, laws and regulations for their own benefit – of course, with the help of corrupt persons in the corridors of power.

Corruption and illicit financial outflows have been detected in almost all service sectors including governance, peace and security, health, education, climate change, extraction and agriculture. Sadly, women often carry the burden and impact of corruption to a greater extent than men do.

Corruption is not only manifested through monetary ways but also through unscrupulous behavior that can infringe on women’s rights, for example, sexual exploitation such as ‘sex for marks’ in academia or ‘sex for jobs/promotions’ witnessed in places of work. Other examples include early negotiated marriages, gender based violence, delayed or denied justice, among others.

Foreign aid has greatly affected the current economy by contributing to the existing gravity of corruption in African states. Financial support is often shrouded in hidden agendas and unbearable conditions. Most often, aid does not actually reach the intended recipients but ends up instead in the hands of corrupt political officials. Such activities have contributed to the continued set backs observed in development around Africa.

From the meeting, it became clear that corruption negatively impacts women’s empowerment and participation. Women face corruption every day of their lives. They experience corruption when enrolling children in schools, seeking healthcare, speaking up about physical abuse by family members, experiencing sexual exploitation in schools and places of work, partaking in government subsidized programs and when participating in electoral processes.

Women and children undergo some of the worst forms of abuse and exploitation in politically unstable countries – such as South Sudan – amidst war and humanitarian aid; all promulgated by corruption. Also, countries rich in minerals such as Angola, Mozambique and Zimbabwe continue to jeopardize the lives of their women and children as a result of corrupt activities..

In order to deal with corruption at all levels, we must not only understand but address the relationship between gender and corruption. Relevant strategies that mandate women’s participation in policy, research and program design processes must be developed, community monitoring of public services must be institutionalized, and anonymous and safe spaces for women to report corruption must be established.

In addition, national governments should create enabling environments for women to address corruption. This could be achieved by passing gender-sensitive anti-corruption laws and policies that recognize physical abuse, sexual exploitation and other forms of bribery particularly experienced by women.

According to Transparency International, Rwanda and Botswana are the only countries in Africa with low levels of corruption. The African Union must address the issue of power imbalance and pursue the lack of accountability and transparency for the benefit of African development.

The African Union must encourage countries that have not yet ratified the Maputo Protocol to do so as a first step to showing commitment to fighting corruption. Equally, the AU must push all countries to implement the actions outlined in the convention. 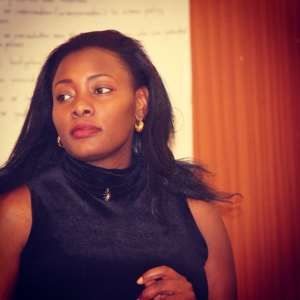